On May 13, the Centers for Disease Control and Prevention announced that fully vaccinated adults can resume indoor and outdoor activities without a mask or social distancing. After 15 months of closures, restrictions and mask mandates, Oklahoma City is already barreling towards what is hoped to be post-pandemic life.

One of the first things to go was live music. Packed venues suddenly went dark. Most festivals, even those held outdoors, were canceled. A hectic schedule for the Tower Theatre in spring 2020 quickly became a blank slate.

“We were so optimistic for 2020. It was going to be our third year and we’ve kind of broken out of that slump of getting our name out there,” Stephen Tyler, managing partner, said.

The venue recently announced its first concert at full capacity for August, which also happens to be Tower Theatre’s fourth anniversary.

Without various coronavirus relief measures, the Tower might never have reopened its doors.

“Honestly, I can tell you, there’s still this little bit of fear that we aren’t going to pull through because these programs keep coming literally down to the wire,” he said.

“The reality is not a secret and it’s not something that we’ve done wrong. We’ve tried really hard to manage our expenses and keep our people, keep our core team so that we’re ready to hit this ramp up when it comes and now here we are. We’ve successfully kept our team and we feel really great about everything moving forward but we’re still waiting on Save Our Stages money. Ponyboy is waiting on restaurant relief funds money. We expended a lot of our own cash reserves … We still haven’t had enough funding from any of these things collectively to make up what we’ve lost.”

But Tyler said he is optimistic and plans are continuing to move forward on Beer City, a 500-capacity all-ages venue expected to open later this year.

In the meantime, Tower has managed to keep its movie screen going and used the pandemic to forge relationships with larger art house film distributors like A24 Films.

“When [the studios] started wanting to come back, they wanted screenings and we opened a little earlier than the megaplexes, so I was suddenly talking to studios and booking films on a level that we hadn’t been able to get to yet… One studio that I’ve been able to kind of work on is A24, because we ran Lady Bird last Oscar season and did really well with that. We ran Minari so much. It was the first time I had a studio asking us for dates. I pretty much leveraged it at one point, like ‘Yeah, we’ve got a great market here. People are loving what we’re doing with movies. We’re connected to the industry here in a big way, so we really have this ability to reach people in the film communities in Oklahoma City, so if you’ll give me the films, I will run them and we will sell tickets. A24 has a couple of hot ones coming out this summer,” Tyler said.

Beyond Tower, Beer City and his other endeavors, he is excited for the future of Oklahoma City as a whole.

“Don’t sleep on us. The next couple of years are gonna be wild, as long as we get through this, and get through it safely and actually put an end to it.” 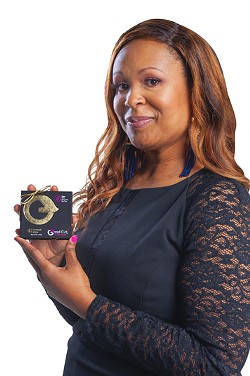 Retail and especially small, independent retailers also took a heavy hit, but while the pandemic may have thrown Good Girl Chocolate’s schedule off by a year (with a Suez Canal blockage on top to set it back another month and some change), but it hasn’t derailed Tabatha Carr’s vision.

“It really started about 10-12 years ago when I went on a raw diet to lose weight. And, of course, being on a raw diet, you can’t eat meat or dairy products or things like that so I started making raw chocolate,” she said. “I started making chocolate from raw cacao and raw virgin coconut oil and raw agave. I needed something sweet to eat to satisfy my craving.”

By the time she was 30, Carr was on three different blood pressure medications. But when she started having blood sugar and hormonal issues, that was the wake-up call.

“I changed my relationship with food and I went back to school to study naturopathy and became a naturopathic doctor. And I decided, ‘Hey, you know what? I’m gonna bring my chocolate to market. I’m going to try it out on a few people. I presented it to QVC at the Texas Women’s Conference and the food buyer there loved it and that was kind of my confirmation that, hey, I have some great chocolate here. And I went on to be in the Grammy talent suite, so all of the performers and presenters at the Grammys, not last year, because last year was COVID, but the year before last, received my chocolate. I was in select Oscar nominee gift bags. Gosh, we just won the Beyonce grant in November. So we’ve just kind of been plugging away and now we are getting ready to open the first black-owned permanent store in Penn Square Mall,” Carr said.

What began as a mall kiosk before COVID-19 struck has evolved into a storefront in which all of Good Girl’s chocolate will be made on site.

Carr did provide a hint about what she’s working on next: “It’s all about nuts, honey.” 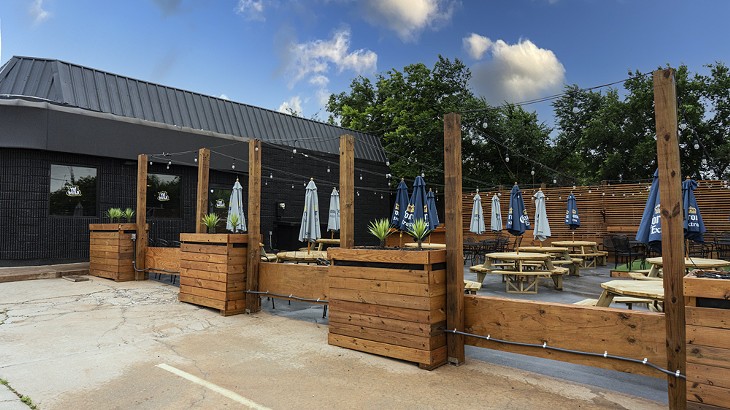 Bars, clubs and restaurants not only
took an enormous hit during the pan-
demic, but also had to contend with
shifting guidelines, requirements and
mandates about capacity and spacing
while trying to keep staff safe and doors
open for business.

In the midst of all this, Jeff Rogers
managed to not only launch a new taco
concept, but turn it into a rapidly expanding chain.

At the beginning of the pandemic,
Rogers Concepts employed about 200
people. During the worst period, jobs
were slashed to about 30. Now, they
employ about 350 people and expect
that number to hit 500 before the end
of the year.

“We tried to keep as many people
employed as we possibly could,” Rogers
said. “The biggest thing was the fear
for everyone. No one had any idea what
was really going on, when it was going
to end, what’s going to happen. Do we
have jobs? Can we eat this week? Can
we keep our light bill paid? Also, we
were in the middle of opening three or
four new projects at the same time and
those get put on hold. It’s hard to open
a business, and then you’ve been open
for three days and you get shut down,”
Rogers said.

Not only did business disappear but
all of the businesses that benefit from
the service industry ecosystem suffered
from it as well.

“It costs you $15,000 to $18,000 or
$20,000 a week to operate and you’re
doing 500 bucks a day in sales after
you’ve exhausted almost all of your
money to get this place open. The bars
are the exact opposite because they’re
already open. Bar people, those guys
live shift-to-shift or week-to-week
because they’re putting all their money
back into the economy every week.
They’re out partying and drinking and
eating and watching movies and all that
stuff. They make $300, they probably
spent $200. So you have all these kids,
all these places, and now they don’t have
any money,” he said.

“You’re getting up every day and try
to continue to grind and stay positive
and do these things when you don’t
know what’s going on. … And you
exhaust so much money, and time and
effort into creating some concept that
you think is pretty cool. It’s got a cool
little brand. The food’s good, the drinks
are good. But here we are and so you’re

in a pandemic, you can’t go out, you can’t
stay out past a certain time, you only
have this many people in your place. No
one’s making money because no one’s
working, so you literally have to do everything in your power to be creative
to drive traffic,” he said.

And drive traffic he did. With a
second location, 12305 N. Rockwell Ave.,
already open, the third and fourth are
on their way and there are plans for
more locations. Additionally, Rogers
Concepts opened and was able to keep
open a barbecue joint (The Pig & The
Butcher), a Western-themed nightclub
(Cowboy Ranch) and a bar (Friends of
Friends). A Tex-Mex restaurant along
the Bricktown Canal, Chico Blanco, is
set to open soon and an upscale steak-
house shortly after that.

“Whether you work at 7-Eleven or
you have 7,000 employees, that shit was
depressing. I know for me, there were
some days where it’s like, you just don’t
know and it’s hard to get through those
days, man, but I feel like we all made it.
Seeing the [Bricktown Family Fun Fair]
this weekend, seeing all those people
out there, seeing the crowds out at the
clubs enjoying themselves, seeing the
sports come back. The Dodgers are back
to playing. The NBA finals are playing

with fans now. OU football is gonna
be at full capacity. Seeing all these
things, man. I feel like we’re there.
That’s the exciting part for me.”

Trump’s blog shuts down after a month

By Oklahoma News Today
2 days ago

Not a protest but a celebration | Metro | Oklahoma City

Pride Month is here and numerous events are being held around the city before the ...
By Oklahoma News Today
4 days ago

In The Know | Commentary | Oklahoma City

click to enlarge I suppose it’s time to introduce ourselves. I’m Matt Dinger, ...
By Oklahoma News Today
4 days ago

Record Store Day is going to be a lot different this year. Guestroom Records, 3701 ...
By Oklahoma News Today
4 days ago

click to enlarge Green Grow is getting out from beneath the fluorescent lights ...
By Oklahoma News Today
4 days ago

Here’s how you can get paid to eat ice cream

Manhood, from the inside out — part 15 — Alone Again (Naturally)